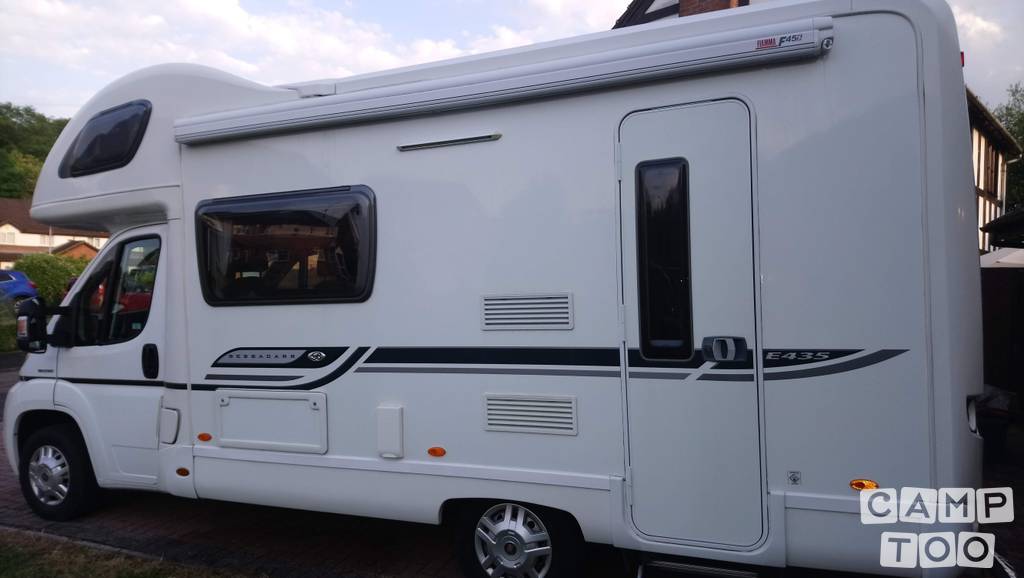 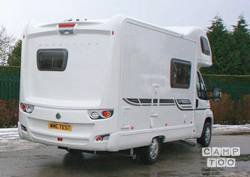 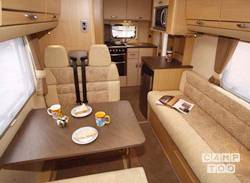 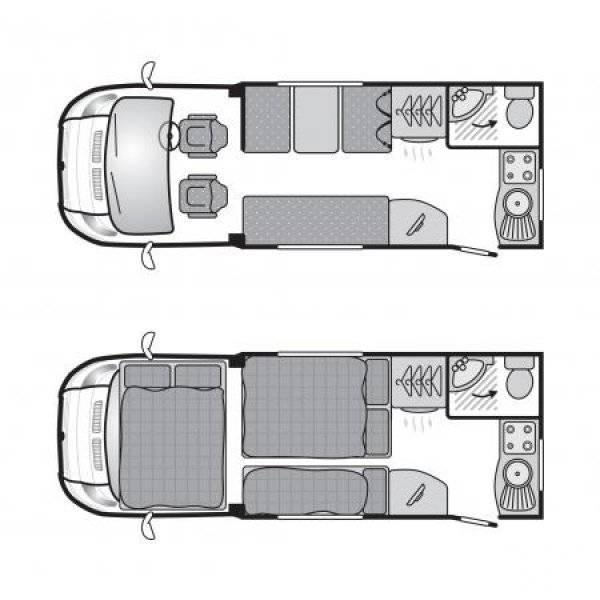 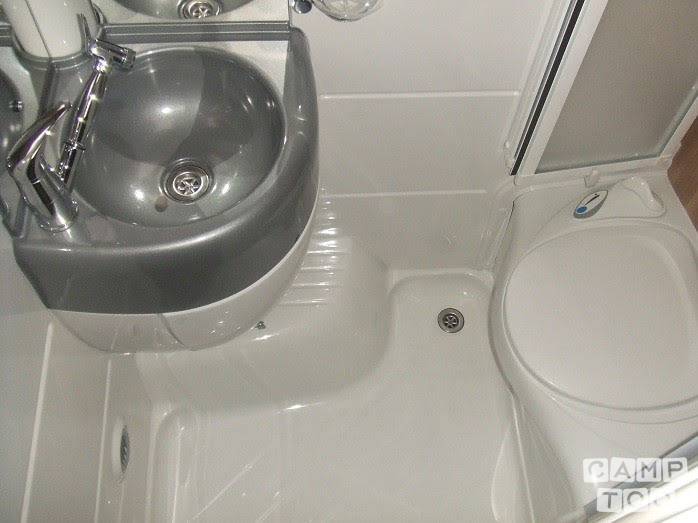 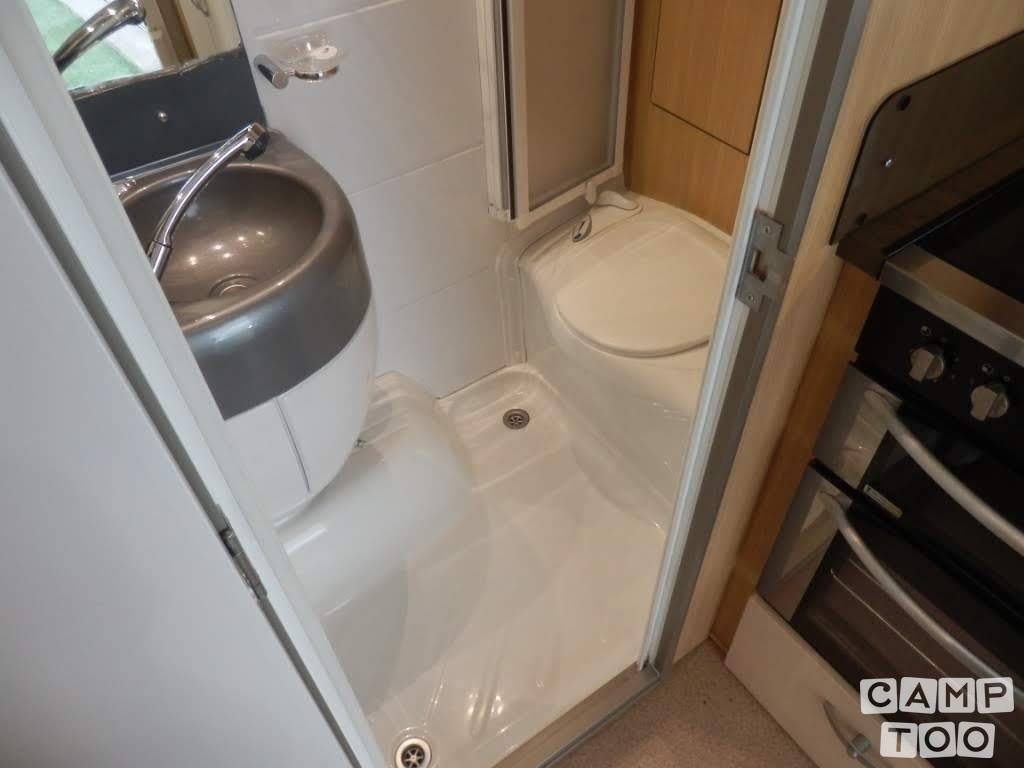 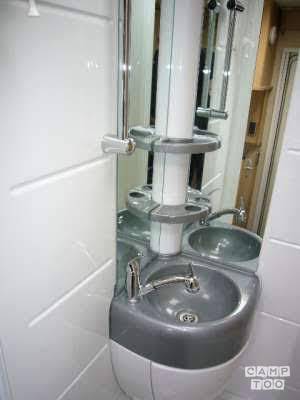 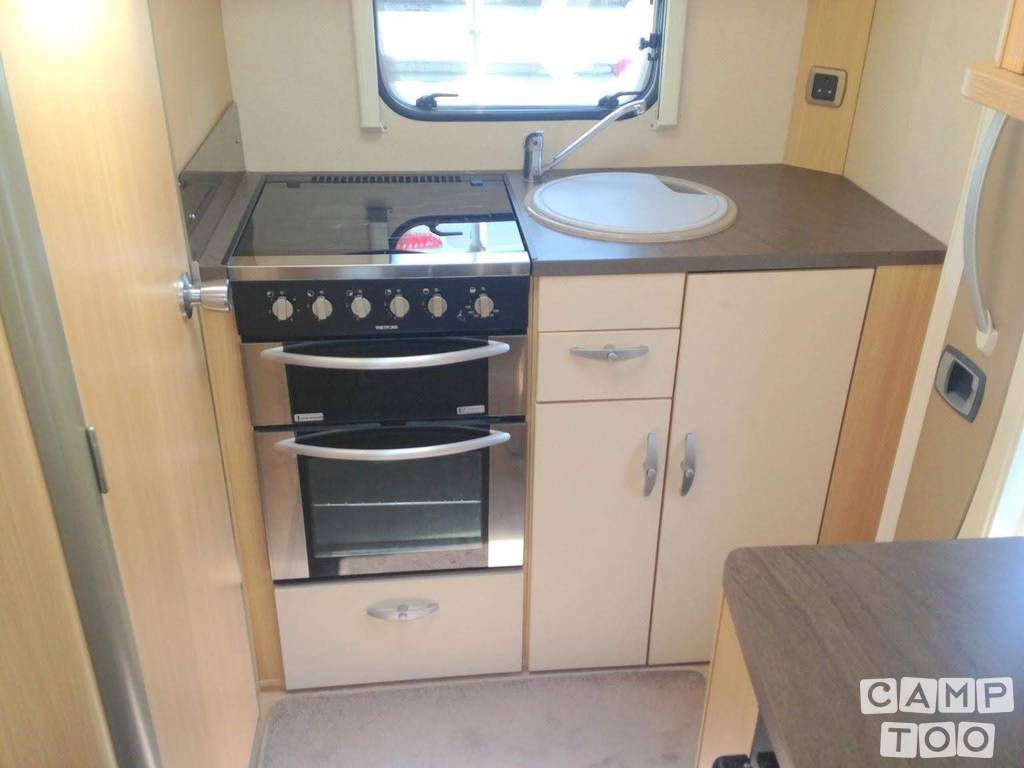 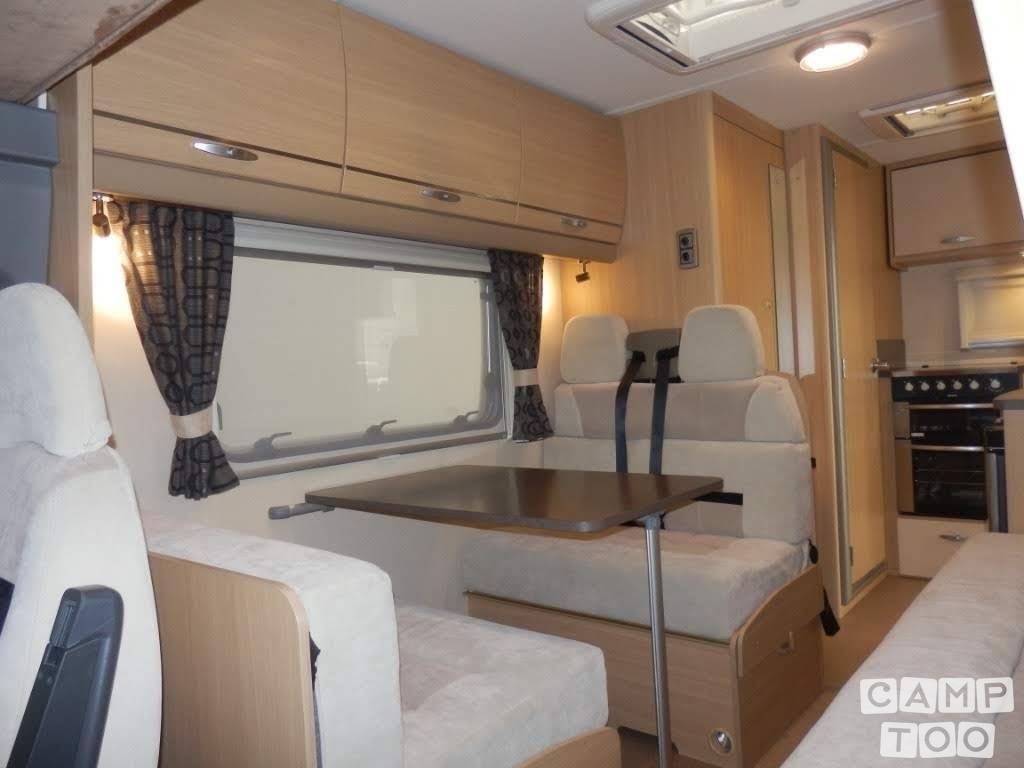 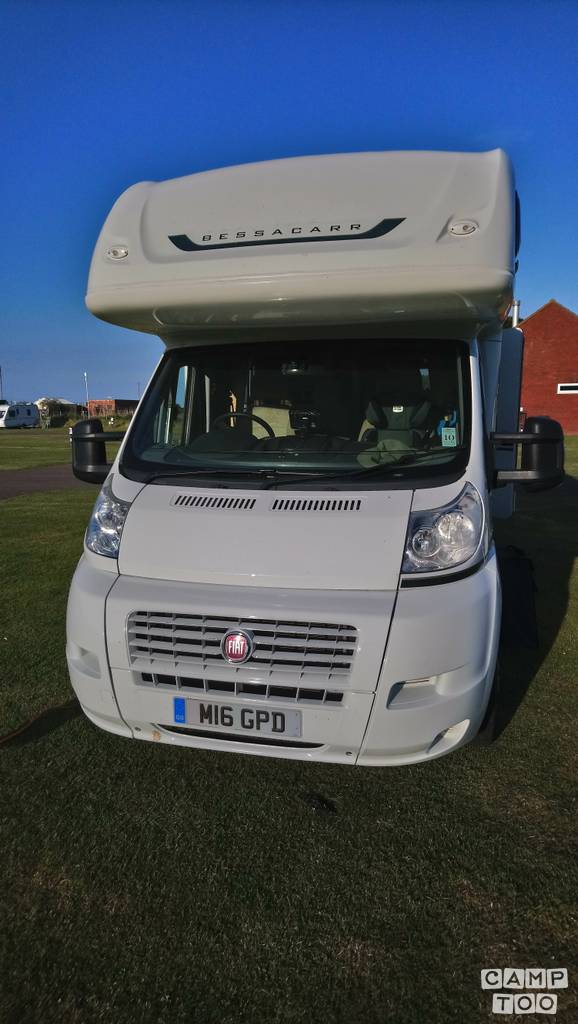 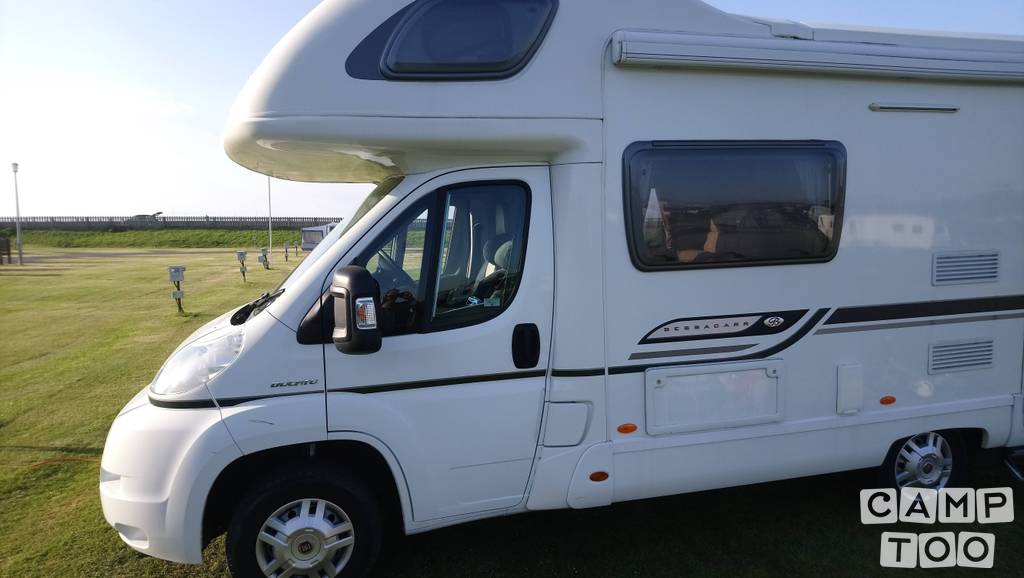 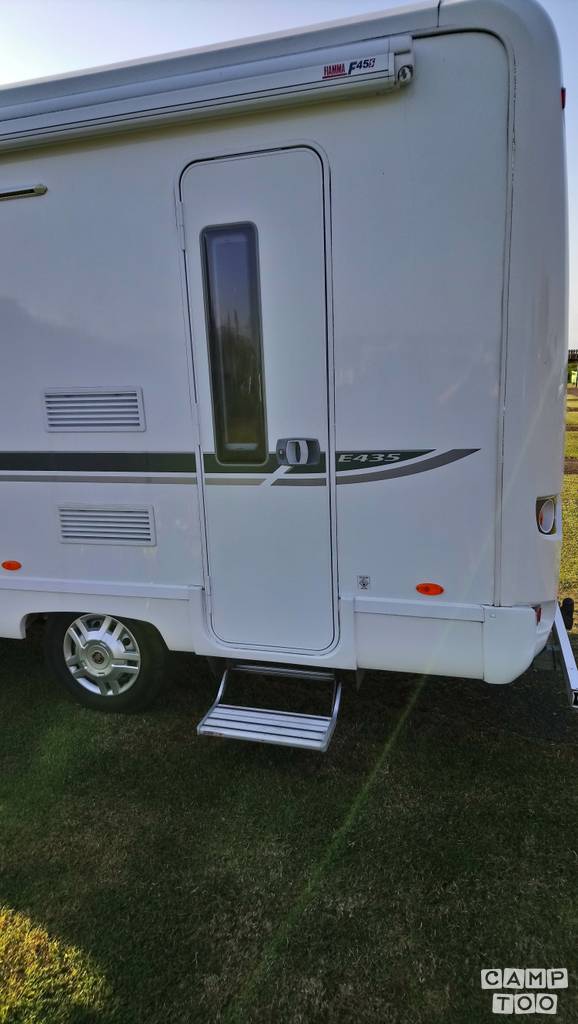 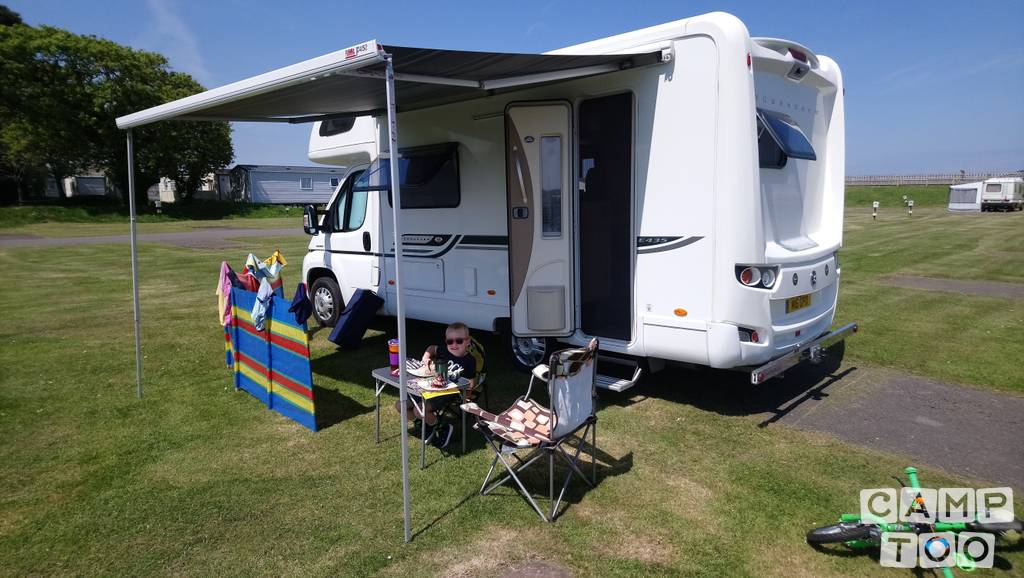 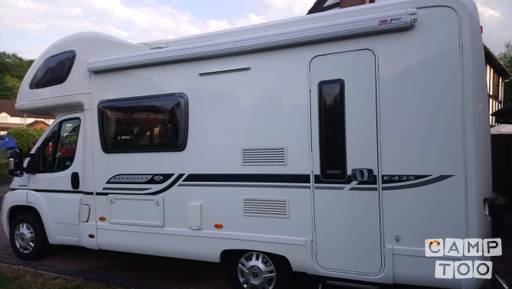 WHAT A MOTORHOME CAN OFFER YOU
A motorhome can give you a freedom that other types of holiday struggle to match. If you want to tour around stopping at lots of different places for short stays or set off more frequently on the spur of the moment then my motorhome will be the right choice for you.
It's kitted out and ready to go!

My motorhome is home on four wheels, great to get the kids out and about camping without the chores of tenting!
Both children and adults love the over head double bed which comes with safety netting to stop anyone rolling out of bed.
It sleeps 5 comfortably with 2 double beds and 1 large single.

The Motorhome comes with 2 leisure batteries and a solar panel to charge the batteries if not on hook-up.
This motorhome is ideal from camping in the wild to a pitch perfect campsite, so no excuse not to book me and start your next adventure......

Please ensure the vehicle is returned in the same condition that it was collected, clean and tidy. You MUST also ensure the CHEMICAL TOILET and the WASTE WATER are emptied.
Under bed storage areas must be cleaned and shower tray under mat clean.

PLEASE NOTE:- If the vehicle is returned and needs cleaning, a charge of £40 will be made.

The vehicle must also be returned with a FULL TANK OF FUEL. Asda Petrol station is 500 metres from the house.

PLEASE NOTE:- If the vehicle is returned with fuel missing, a charge of £10 plus fuel costs will be made.

These Charges will be Deducted from Your Deposit.

Any Breakages or Damages to the vehicle MUST be declared on return of the vehicle.

Costs for Damage will either be deducted from your Deposit or in the event of an Insurance Claim your Deposit will be used for the Insurance Excess
Collection and return of vehicle is 2.30pm unless pre arranged.

The deposit for this camping vehicle is €1,250. The deposit will be returned to you after the rental period.

Karl
The camper van was fantastic. It totally made our weekend away providing plenty of room with all the comforts needed to make a great holiday. Graham was very friendly and gave a full tour of the camper , explaining how everything worked before handing over the keys!
Its extremely comfortable and easy to drive so for those who haven't driven anything other than a car, its very simple.
I would very much recommend Graham and his camper. Emma
We had a fabulous week in Grahams Camper! He went though everything in great detail when we arrived so we felt like we knew what we were doing. After the first 24 hours we felt like pros. (although we will never get use to emptying the toilet) The camper has everything you need and there's also heaps of storage, perfect for the 3 of us and a dog! Graham was super easy to communicate with and he answered all my silly questions. Over all we LOVED it and can't wait to do it again!
Jennie
Had an enjoyable break in Graham's very comfortable van. Graham was great, helpful & friendly. Van had everything we needed & the gas heating was warm at night even in below freezing temps. We accidentally broke the gas vent cover trying to take it off with cold hands. We managed to sort this out amicably with Graham and it only cost us for the part to be replaced. Would definitely recommend to other campers :) John
Never Again.
Initially Graham was a great help. Correspondence before the rental began was prompt & clear, we were looking forward to a great break.
At pick up he was friendly & took time to explain the van - there was no indication of the problems we'd later face. He said he wouldn't be able to be at drop off, but his sister would be there, which we agreed to.
At drop off we cleaned the van, his sister inspected it & found a few areas that we'd missed, or wasn't up to scratch. We happily addressed the points made - his sister was happy & we both signed off the paperwork on the van, with no issues.
The day later Graham informed us by e mail that the van wasn't clean enough & that he'd be charging us for additional cleaning.
We felt this was grossly unfair as his sister, acting on his behalf, had accepted the van. Had Graham been there instead, we would not have been in this position & would have cleaned the van as required.
Despite appeals to Camptoo, Graham would not relent & Camptoo sided with Graham.
So, make your own minds up. If you want to risk a hit on your deposit on return, go right ahead. Also, if you have a dispute, don't expect impartiality from Camptoo - they're on the side of the renter.
This spoilt an otherwise great holiday. Never again with Graham, or Camptoo.

Peter
We had a great long weekend away in this lovely Motorhome, to celebrate my birthday. Graham was a pleasure to deal with - very efficient and friendly. He took great care to explain the various features to us when we picked the van up, and everything was exactly as described. We can highly recommend and are thinking about hiring again soon. Thank you! Suzi
It was a very new experience for us not having done anything like together before. The camper was very well equipped and we didn't have any problems with the fixtures and fittings. We struggled trying to park the van on a level for the fridge to work. It's a bit like hanging a picture, it looks level but isn't. Thank you very much for making everything easy peasy for us. Carol
We had an amazing time in Bessy (as we have nicknamed her) A very clean, well equipped, comfortable and easy to drive camper that became home from home. Graham is a fabulous man and had everything written down in a folder ready to explain to us when we arrived to pick up. Communication with him was fantastic throughout and he's always happy to answer any question or query. We're already planning our next adventure in Bessy! Thank you Graham, 5 stars from me.
Robin
We had a great time in Graham’s motor home and would recommend it to anyone. The vehicle was in good condition and well stocked with all the essentials. Graham was friendly and very helpful, available on the phone if we had any issues or did not know how something worked.
Garry
We had such a great week on the motorhome. It is very well equipped with everything we needed. Great communication from Graham. Thanks!
Mike
We had a lovely weekend away in Graham’s camper van. The van was well stocked with everything you would need and very clean and spacious.
Graham was an excellent host and spent time explaining all the features of the van. He answered all our questions promptly before our trip putting our mind at rest with any questions that we had.
Highly recommended
Neal
Had a great time in this camper.
Graham explained all we needed to know and everything was also documented.
Off we set for a great weekend in this lovely warm comfortable, well kitted motorhome. Although it is pet friendly there was absolutely no trace or scent of a dog.
Graham was most helpful and contactable.
Full deposit returned to us on our return of the campervan.
5stars ***** cant wait to hire again. Thank you.
Craig
Be vary careful returning your vehicle, make sure it is checked over correctly , we have been ripped of from our deposit 2 weeks after returning it.

You can pick up the camper in Newport at Graham's. You can park your car here free of charge

This vehicle can be reserved on https://www.camptoo.co.uk

To reserve this vehicle, please visit https://www.camptoo.co.uk and create your account there.

Choose a motorhome or caravan that suits your travel plans. Whether you are going to a festival, planning a road trip, or staying at a camping ground, there is something for everyone!

Has the owner accepted your request? Now finalise the booking by making the down payment. The adventure starts soon!